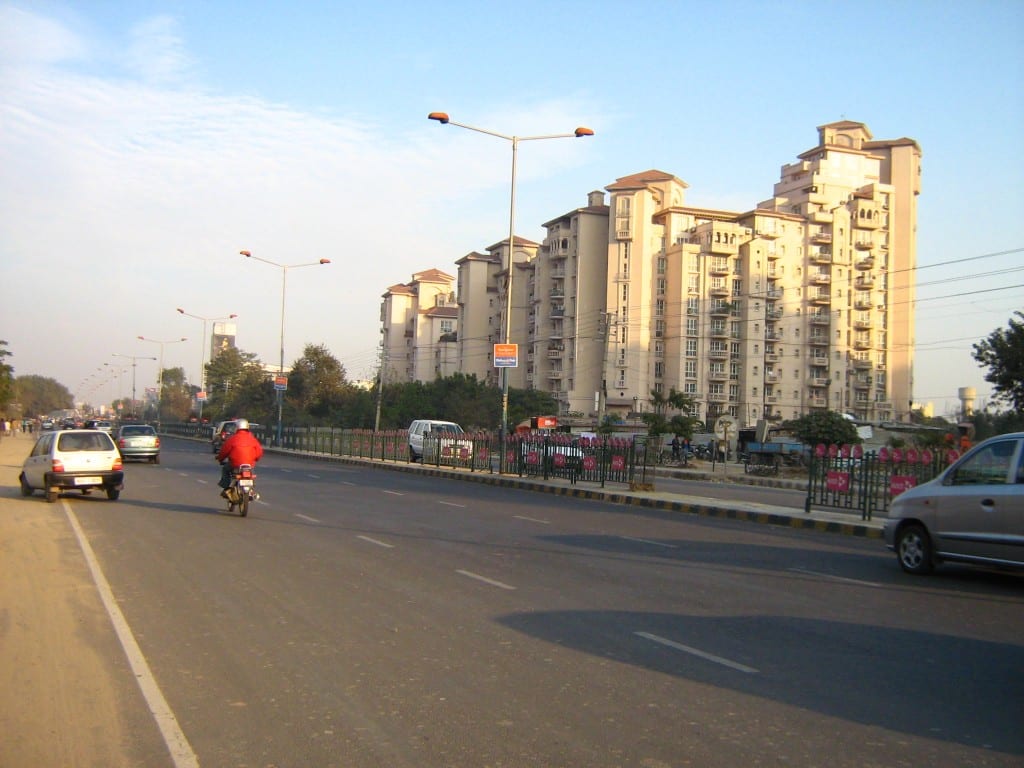 In Gurgaon, a major satellite city of New Dehli of ~600.000 people, we can witness the emergence of a society that lives in a futuristic globalized capitalist lebenswelt whereby the population is removed from the rest of the world. All aspects of daily life are privatized – from education and infrastructure to health care facilities and recreation.

In the documentary I am Gurgaon. The new Urban India directed by Marije Meerman for VPRO Netherlands. Can’t we see that the people of Gurgaon, while living in their gated communities experience a world where the intrinsic and developing problems in India can be avoided? Through their lifestyle, they minimize their exposure to problems of crime, disease, famine, resource scarcity and labor exploitation that take place only several kilometers from their well secured estates.

Communities such as Nirvana and The World Spa feature their own private schools, gymnasiums, and shopping. In this arrangement, its entirely possible to perform the duties of daily life without needing to set foot outside of your community or onto public property. In this way, the “commons” of society is under attack. Something that we believe to be fundamentally important such as a good educational system is left for the privileged workers who can afford to pay for that “luxury”. A particularly vulgar part of the documentary is where the mother hands her children ten rupees in order to help a quota of beggars. Is charity the only way that members of these communities can be exposed to the realities of the outside world?

Let’s not forget that India is not the only place where the middle-class has been sold a new kind of lifestyle. Approximately 30 kilometers from Shanghai lies the city of Thames Town. Thames Town is a community which has been styled after the idea of a generic English town. The town has its own Anglican Church, fish and chip shop, pubs, and even a statue of Winston Churchill. Isn’t living in such a community exposing yourself to an entirely different world than most other Chinese? The city of São Paulo in Brazil falls victim to a similar phenomena where the rich travel by helicopter using one of the 250 helipads spread across the central downtown area in order to keep themselves safely away from the dangerous masses below.

We need to consider the implications of these ever-expanding gated communities and the growing impact of private investment and resources have on our daily lives and our futures. Is this the future lifestyle for millions around the world as divisions between rich and poor continue to expand?